The European Public Health Association (EUPHA) released a comprehensive statement on sexual and reproductive rights (SRHR) in November 2021.[i] Now, following the decision by the United States Supreme Court to overturn Roe v. Wade, we revisit our statement.

We condemn unequivocally the Supreme Court’s decision to remove federal protection of women’s rights over their own bodies. We note with particular concern how recently appointed justices were asked, in their confirmatory hearings, whether they considered that Roe v. Wade was settled law. They said that they did.

While, technically, the ruling is about the responsibilities of the states and the federal government, the consequences are chilling. Thirteen states had trigger laws, written to come into force following a reversal of Roe v. Wade, while in others pre-1973 legislation returns to the statute book. These laws ban or severely limit access to abortion, in a country that already has the highest maternal mortality rates in the industrialised world.

These laws are based on ideas that have no place in the 21st century. They assume that women, from the moment of fertilization, surrender all their rights to decide the future of their pregnancy. The interests of the foetus are prioritised over their physical and mental health, and even their lives. They lose all rights to privacy and reproductive autonomy. The right to legal abortion is now accepted in the vast majority of countries worldwide. It is a recognition of the right of women to control their reproduction. Crucially, a ban on legal abortion is never a ban on abortion per se. Women can always find ways to terminate a pregnancy. The difference is safety. Illegal abortions are dangerous and, too often, deadly. Consequently, denial of access to safe abortion is a form of gender-based violence against women, widely viewed as amounting to torture and/or cruel, inhuman and degrading treatment.[ii]

So why is EUPHA expressing concern about a decision that impacts women in another continent? There are two reasons. The first is that we stand in solidarity with our sisters whose fundamental rights are being removed. The second is that we have no room for complacency about the situation in our own continent.

Unlike the United States, almost all European countries are signatories to the European Convention on Human Rights. The European Court of Human Rights concedes that national legislatures can adopt statutory regulations allowing abortion under specific provisions but has also found that the prohibition of abortion when sought for reasons of health and/or wellbeing falls within the scope of Article 8 of the Convention, the right to respect one’s private life (A, B and C v. Ireland). The Court has also found that the notion of private life within the meaning of Article 8 applies both to decisions to become and not to become a parent (P. and S. v. Poland, Evans v. the United Kingdom, R.R. v. Poland, and Dickson v. the United Kingdom).

Yet even where abortion is legal, women may face barriers to obtaining them. Barriers may be placed in their way, such as mandatory waiting times or necessity to obtain permission from legal guardians or doctors.[iii] And in some countries and regions there may be bans, whether de jure as in Malta or Poland, or de facto, as in Northern Ireland. Besides the threat to the health of women from these policies, they are deeply discriminatory. Throughout history, women with wealth or connections have been able to have their pregnancies terminated safely. This is not an option for those who suffer disadvantage, something that can take many forms from poverty to exploitation or control. There is a clear danger that those who, for ideological or other reasons, seek to remove women’s rights will draw encouragement from the Supreme Court’s ruling.

As a public health association, we recognise how any restriction on safe legal access to abortion is something we cannot ignore. First, it is a threat to health, of the women who have unintended pregnancies and to the families those dying leave behind. Second, it is a cause of inequalities, disproportionately affecting the most disadvantaged.  And third, the right of women to make choices, in privacy, about their own reproduction is a fundamental right. In these circumstances, silence would imply acquiescence.

EUPHA’s Working Group on Gender Equality and Women Empowerment thus welcomes the statement by UN Women: ‘Reproductive rights are integral to women’s rights, a fact that is upheld by international agreements and reflected in law in different parts of the world’[iv] and the Joint web statement by the UN human rights experts.[v] We reaffirm our position and stand in solidarity with women all over the world. We call to action our colleagues in other professional associations, in civil society, and in international and national bodies, to join their voices to ours and support women in claiming their fundamental rights and our colleagues who work to safeguard the reproductive rights of women and girls wherever they live. 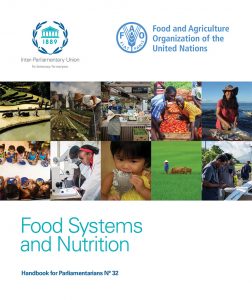 IPU and FAO encourage the use, reproduction and dissemination of material in this information product. Except where otherwise indicated, all parts of this publication may be copied, downloaded and printed for private study, research and teaching purposes, or for use in non-commercial products or services, provided that appropriate acknowledgement of IPU and FAO as the source and copyright holder is given, that no modifications are made to the material, and that neither IPU nor FAOs endorsement of users’ views, products or services is implied in any way.